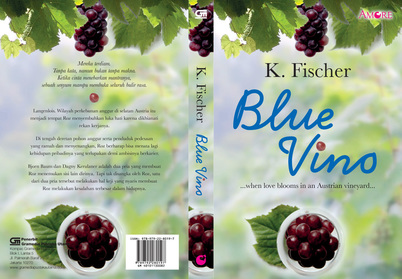 Chapter I – The First Time

(Roz, finds out that she has been sabotaged by ​​her deputy which results in her not being invited to the Ferro Magna International Conference, a very important and prestige event in the  company where she works. In her anger, she just wants to take some days off from work - something she has never done before.)


The paper in Roz’s fingers froze. A chill ran from the tip of her fingers right to her spine. From across the desk, she stared sharply at her boss, who stared blankly back at her.

She couldn’t hear it wrong. She had asked him to repeat what he said and he did. Everything was confirmed and undebatable.

The sound of a man clearing his throat broke the silence. It came from the chair next to her. Hubert. Her deputy. From the corner of her eye, Roz could see Hubert turning up his chin triumphantly. "Should we entertain the meeting attendees at Plachuta?"

To her ears it sounded like, "Look at how great I am."

Hubert cleared his throat again before continuing, "Or we can choose another starred restaurant. According to the Michelin Guide I just read, Vienna has another three-starred restaurant." He smiled arrogantly at her.

Roz caught the glint in Hubert’s eyes which told her, "I can step on your toes, Roz and there is nothing you can do to stop me." The chill now settled on her chest. She had to do something.

Their boss let Hubert finish his smug smile, before saying, "Since almost all of the countries represented by Ferro Magna are under the economic crisis, this time the international meeting will focus on our internal strength. Strategies, moves, business tips, new markets, machine innovations, problem solving and so on. It is better that you focus on presenting the success of your Egypt’s project."

Roz felt like her stomach had just been stabbed by a million knives. Her project! The project which she took on from initiation to a successful completion. The project which made her sleeps for only three hours each day for the last five months. And she couldn’t even sleep soundly! Just because....

A sound of rustling paper made her turn to Hubert. He smiled to her direction, but the corners of his mouth were now curling downward. His shoulders drooped, too. Roz was sure she could detect a glint of panic in Hubert’s eyes. Suddenly she felt blood rushing back to her brain. Yes! Of course! She could still do something!

"Is there anything else you would like to ask or tell me?"

Roz sat straighter and smoothed the already smooth papers on her lap. Her brain was working faster than sound speed. One thing she knew for sure, Hubert was nothing without her. She was the brain and motor behind it all. She would not let herself be the decorating flower vase in the office when Hubert celebrated the success of her project in front of other people. She would not willingly be present in the office during the international meeting. She simply would not be here. She had to go away.

Roz smiled sweetly, "Is that all Sir? Then I would like to take three weeks off."

"Honestly Sir, I have never taken a single day off during the six years I have worked at Ferro Magna. Since our company’s policy allows me to carry over all of my unused leave, I think three weeks is relatively short period, compared to taking all my leaves days altogether, of course." She smiled more broadly.

"You have never taken any days off?"

Roz shook her head. She sat even straighter.

Her boss held up his hand, telling her to wait. He pressed the phone button, calling his secretary to send him the data on Roz’s leave days. Then he hung up.

"Is there any work to finish in these three weeks?"

"No Sir. All my existing projects are completed. I called Marketing this morning, no new projects have been drafted yet. "

Her boss held up his hands again. His secretary had sent the report on Roz’s leave days to his laptop monitor. He nodded. "Three weeks, from?"

"But it is already Wednesday evening! It means that you will not be here during the international meeting!" Panic was not only apparent in Hubert’s eyes, but in his voice also.

"Yes, I still have tomorrow and half day Friday to inform the other divisions. Of course, I will not leave without telling the others. And Hubert ..., don’t you forget, I won’t be attending the international meeting. I will not have to be here. Our factories will also be closed from annual maintenance next Monday for the next two weeks, so I won’t be needed there, either. "

"You can take care of the administrative details tomorrow. Have a nice vacation." Her Boss# voice indicated that she was dismissed.

Hubert stared wide-eyed as Roz stood up and left the room. He opened his mouth to say something, but stopped after glancing at his boss.

"Thank you and good night, then." Roz was already stepped out of the door when she turned and said, "And oh Hubert, congratulations on finally making it to the International meeting." She walked to her office without turning back.

Roz went into her office which already felt like her second home. Or if she was willing to admit it, this is her home. She put papers back on top of the highest piles of the eight piles on the filing cabinet. She drew all the window blinds down. She turned off the lights and locked the door. She did exactly what she always did every time she left the office for the day. The only difference was, this time she didn’t leave the room. She sat silently on her swivel chair.

Calm down Roz. She told herself in the darkness. Crying is not an option. Crying has never been an option. Losing temper is useless. Ratting on Hubert, saying that he was a liar in front of our boss is not helping matters, either. Only futile debate will happen. It is your words against his, while Boss already believes in Hubert. Boss will think that you are only a spoiled brat who can’t take it. You are only jealous of his success. Look, you've done the right thing. You won’t be here during the international meeting. Show them what life will be without Roz. Three weeks off! Show them!

She leaned back and combed her shoulder-length hair with both hands. "Three weeks off. No work. Holiday." She murmured to herself.  Suddenly her fingers stopped at the back of her head. You forgot one thing Roz. What will you be doing for the next three weeks? Where will you go?